Arnold Henry Savage Landor was born in Florence in 1865, where he died in 1924. His grandfather, Walter Savage Landor, had been a celebrated poet and writer, himself living for long periods in Florence. 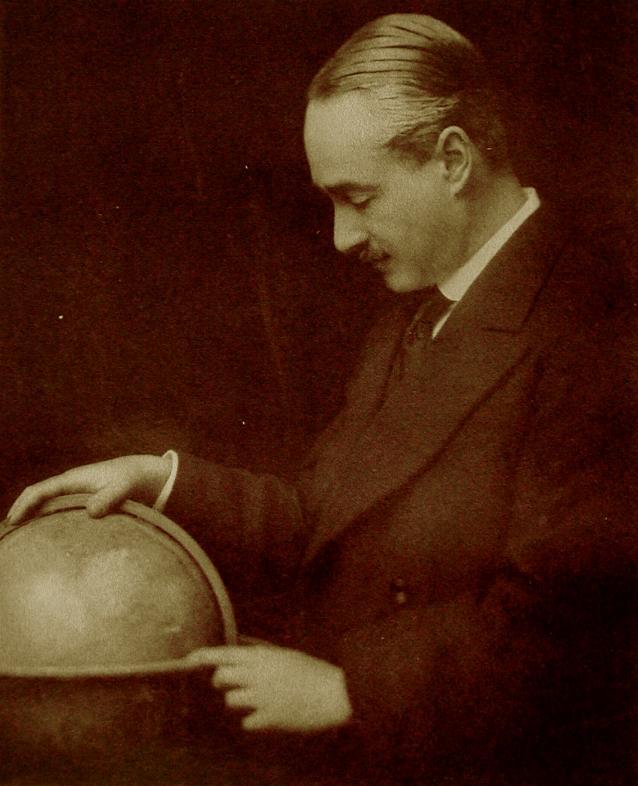 Henry Savage Landor passed his childhood in Florence, and, being artistically precocious, as a boy attended the studio of Harry Jones Thaddeus, a talented Irish portrait painter. The books of Samuel Baker, Jules Verne and the French Journal des Voyages inspired him with a passion for travel. Not yet sixteen he went to Paris to study at the Julian studio directed by Boulanger and Jules Lefebvre, where he amazed his teachers by his talent. Continuing his passion for drawing and painting he visited Holland, Spain, Malta, Morrocco and Egypt, painting many canvases. In England, while he was visiting his uncles, he was enchanted by the magnificent effects of grey and green of the countryside, so different from the colour tones he knew in Italy. In London he met Algernon Charles Swinburne, Theodore Watts and Lynn Linton.

With forty pounds sterling in his pocket he reached America, where he painted portraits of various people, including President Harrison and the very beautiful Miss Lincoln, granddaughter of Abraham Lincoln. In Chicago he met the actress Lily Langtry; he also painted the portrait of Cora Brown Potter, the celebrated American actress, as 'Juliet', and the actor Bellew, in the part of 'Antonio'. With the money he had made in America Landor then went to Vancouver where, in 1889, he embarked for Yokohama. 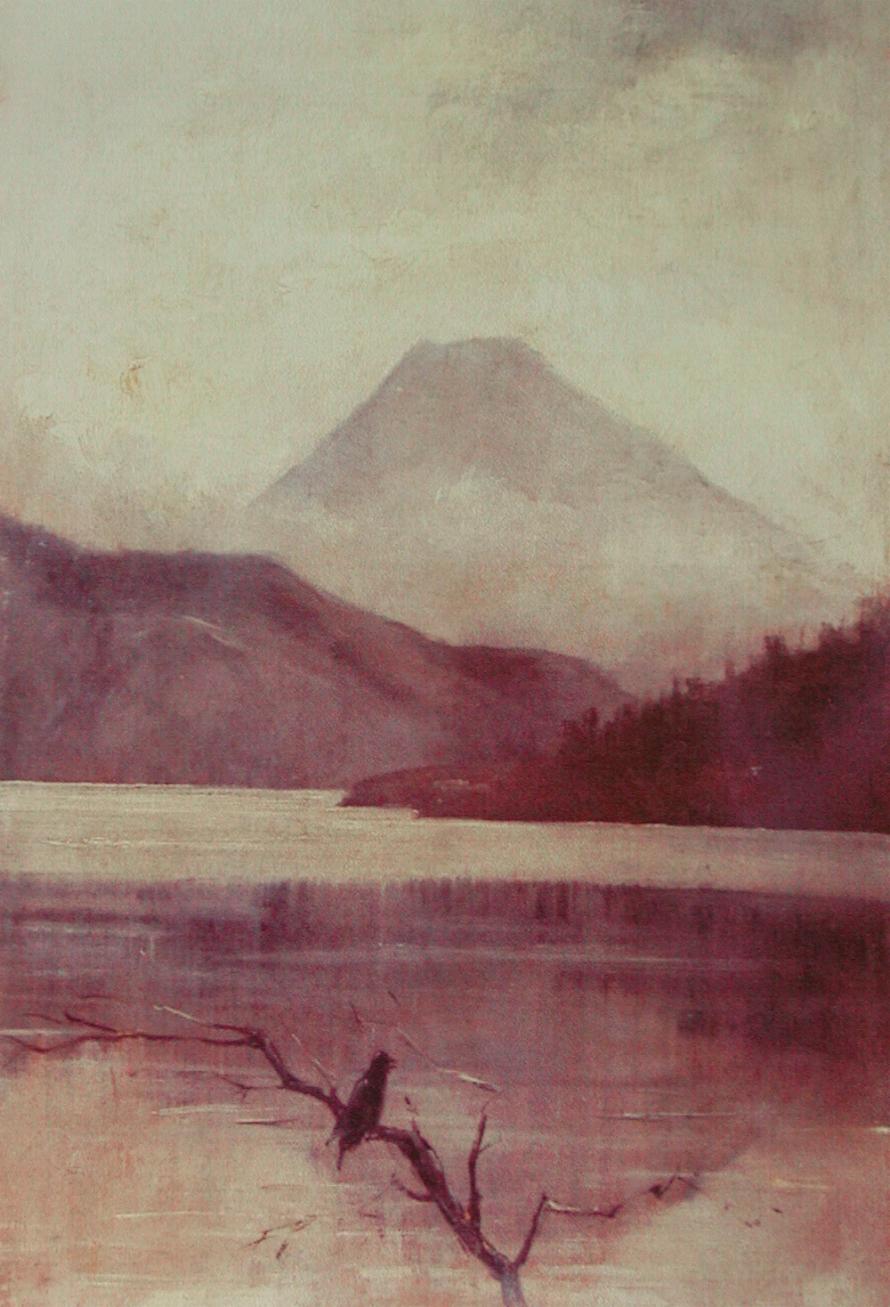 Filled with enthusiasm for all that was around him, in Nikko, Kyoto, Hakone, Kamakura and other places, he painted 24 large canvases and many other small ones. While in Japan - where western painting in oil had been introduced some decades earlier by Charles Wirgman and the Italians Edoardo Chiassone and Antonio Fontanesi - Landor carried out several portraits of people at the Mikado's Court. Among these is a life size portrait of the Countess Kuroda, second wife of the Prime Minister, that of the Countessa Saigo, daughter of the Prime Minister succeeding Count Kuroda, and one of the baby daughter of the Countess Hijikata, daughter of the Emperor's Treasurer. While in Tokyo, Landor carried out a half-size portrait of Sir Edwin Arnold, author of The Light of Asia or The Great Renunciation: Being the Life and Teaching of Gautama, Prince of India and Founder of Buddhism, 1899, and of many other books about India and Japan. 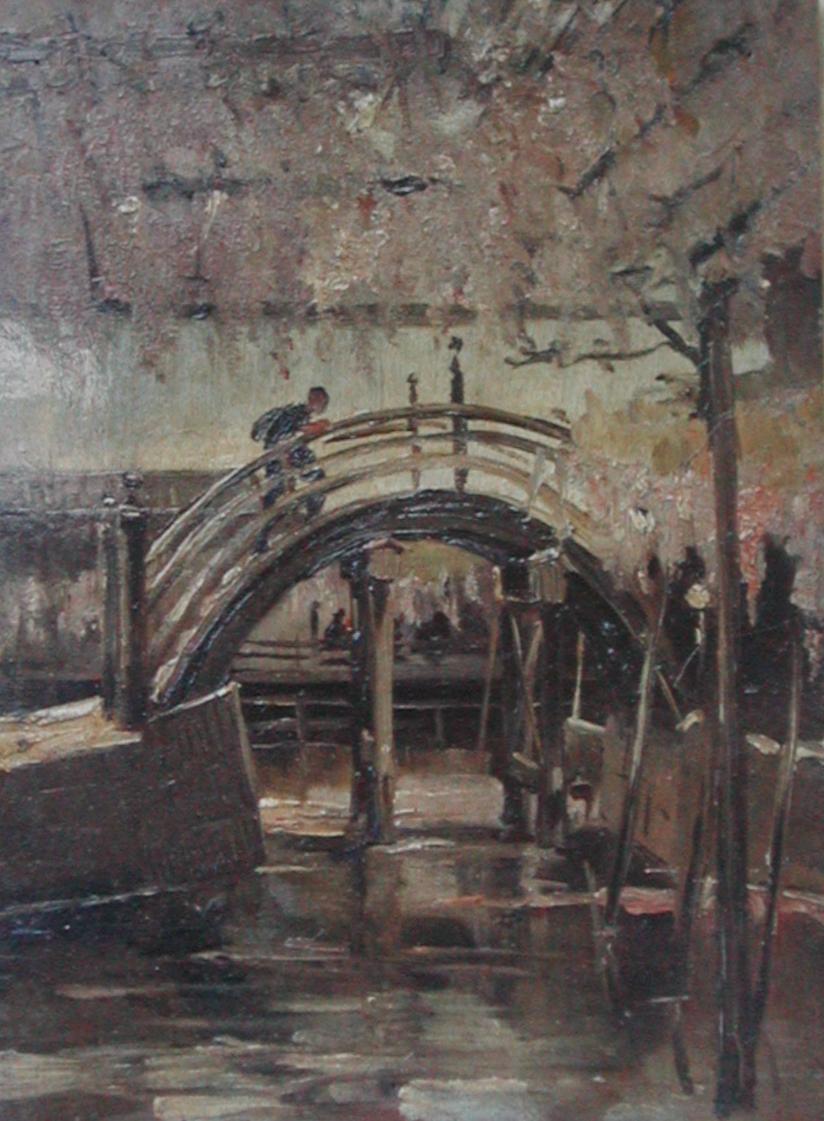 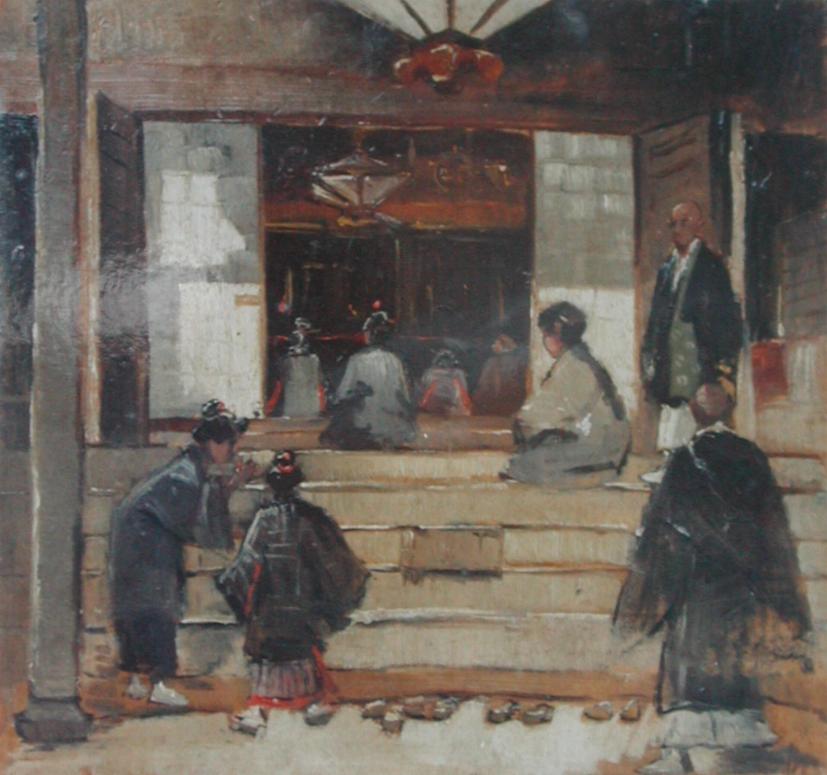 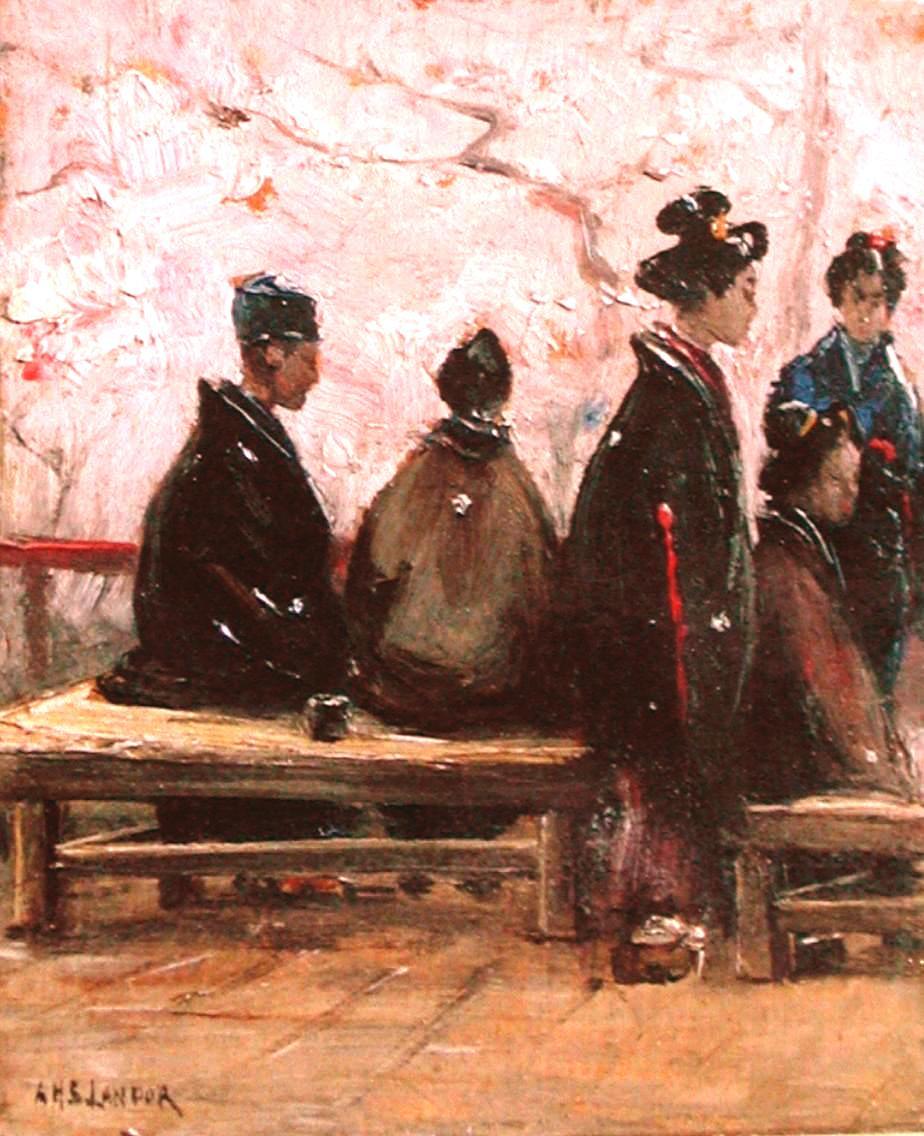 From this visit to Japan we have his book Alone with the Hairy Ainu (1893), the account of his journey to the largely unexplored Island of Hokkaido, where he came to know the customs of the indigenous Ainu and painted many canvases. 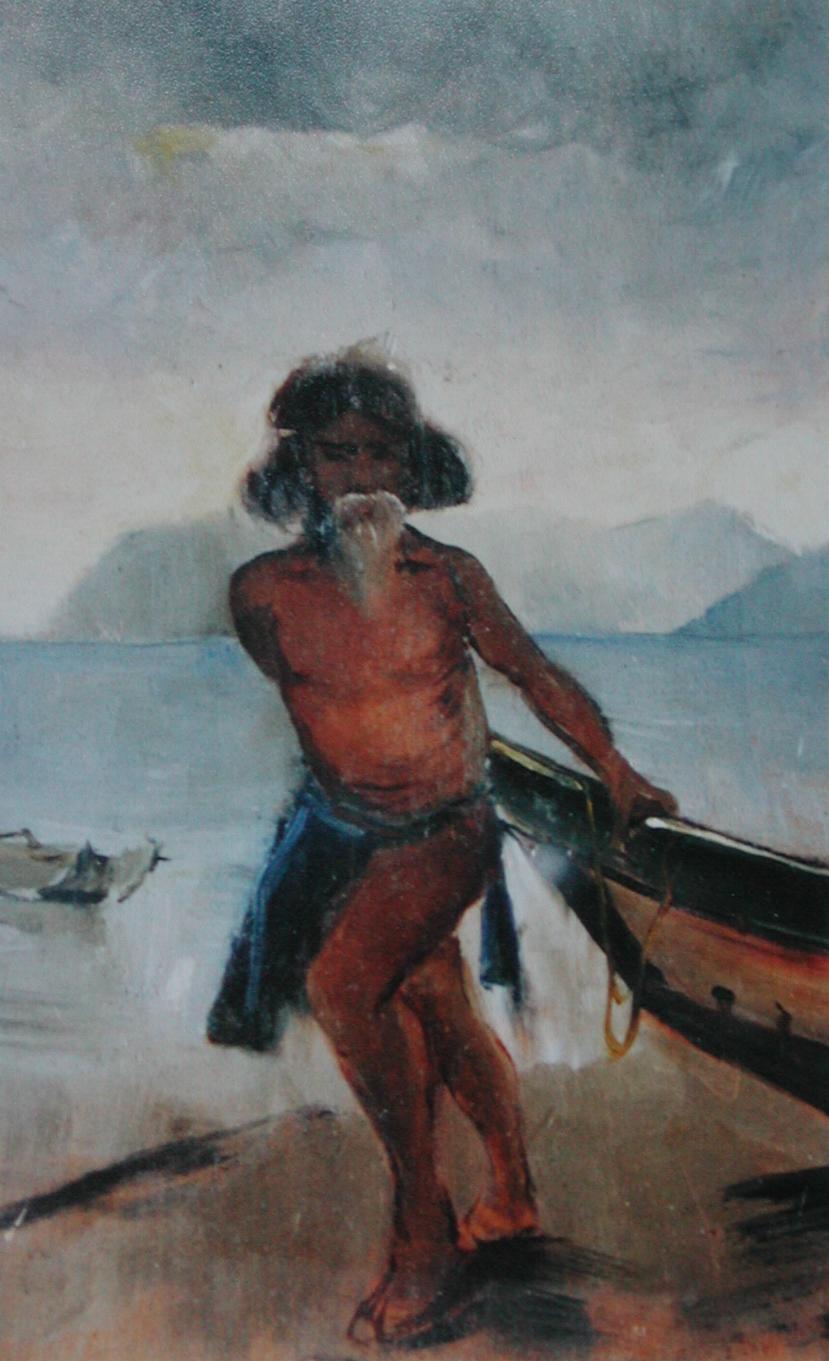 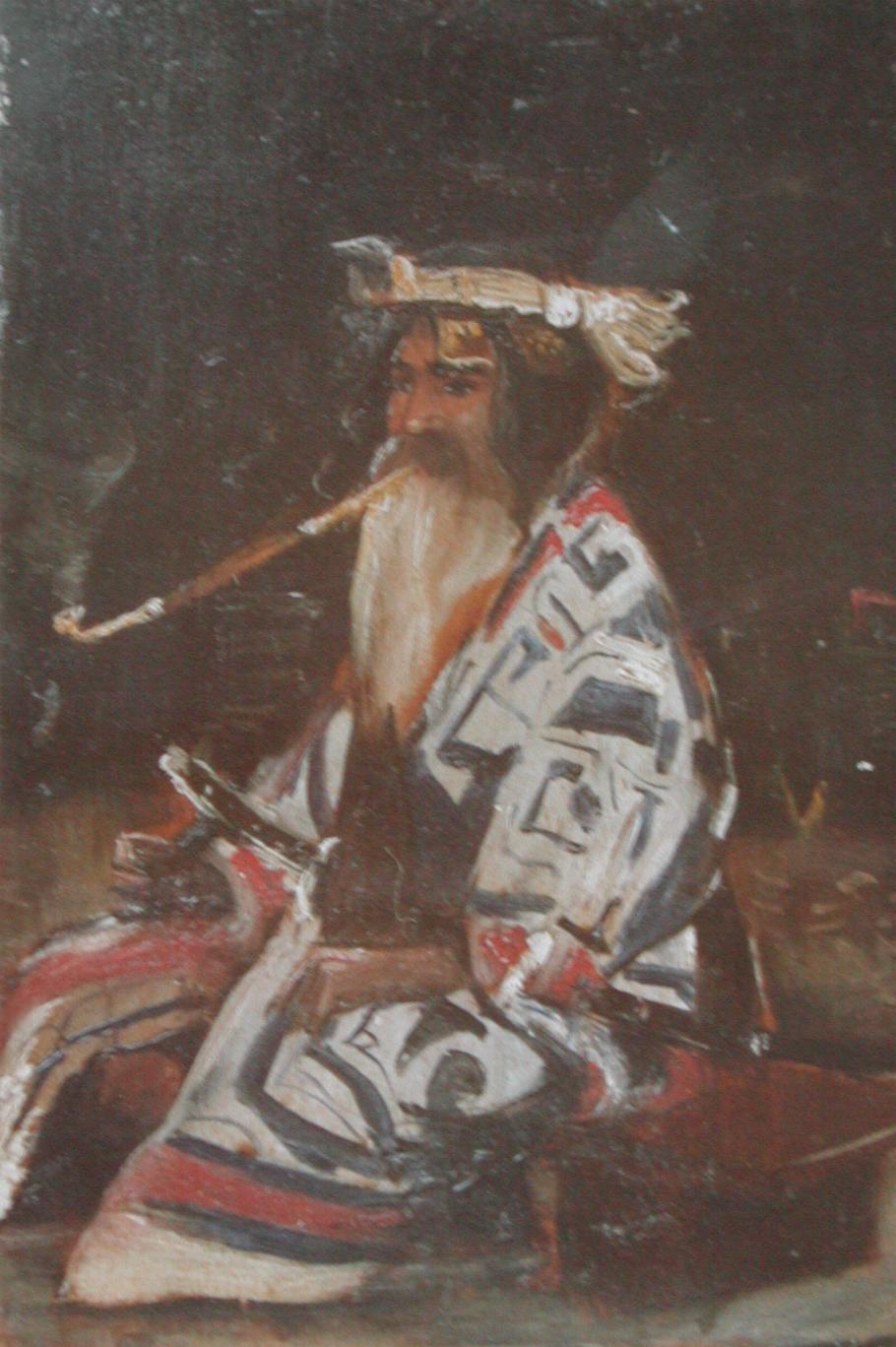 After Japan he went to Korea, where he painted portraits of Min-san-ho, a nephew of the Wueen, and of one of the most important people in Korea, the Prince Min-Young-Huan, Commander in Chief becoming head of the Korean army, and Min-Young-Chun, Prime Minister, said to be Korea's Bismarck. From this journey to Korea, apart from the vivid sketches, we have his book, Corea, or Cho-Sen, the Land of the Morning Calm (1895). From Korea he went to the Great Wall and then to Peking, always sketching and making faithful notes of what he saw. In the most remote areas he often met famous people: at Hankow he met, for instance, Czar Nicholas of Russia and Prince George of Greece. The Czar commissioned him to paint a huge canvas of the shipwreck of the Russian cruise ship the Crisorok, which Landor had originally sketched on the west coast of the island of Yezo. The canvas was then given by the Czar to the Naval Club of Vladivostok.

At Peking he met Sir Robert Hart, the English writer proficient in Chinese. In 1891, after China, he visited Australia, where he painted a portrait of the Prime Minister of New South Wales, Sir Henry Parkes. The painting, because of its striking resemblance, excited much admiration in Sydney. While in Sydney, Landor painted the portrait of Sir Henry Morton Stanley, the African explorer.

On his return to England, Landor was invited by Queen Victoria to Balmoral so that he could show her his drawings and tell her of his journeys. In London he became great friends with McNeill Whistler and Joseph Pennel.

In the first years of the twentieth century Landor was interested in making flying machines with bamboo and taffeta, but abandoned these inventions to take up travelling again.

This time he explored Tibet where, after terrible adversities and tortures, he discovered the sources of the Indus and the Brahmaputra. Landor returned fearlessly to Tibet a second time and then to Nepal.

After this, he came back to Europe, giving more and more lectures to great applause, which he repeated also in America. From his journeys to Tibet and Nepal come his books In the Forbidden Land (1898) and Tibet and Nepal (1905). In America Landor, hearing of the Boxer Rebellion in China, went immediately to Peking where he was the first to accompany General Linievitch in the triumphal entry parade of honour at the Forbidden City. From this journey came his book China and the Allies (1901). 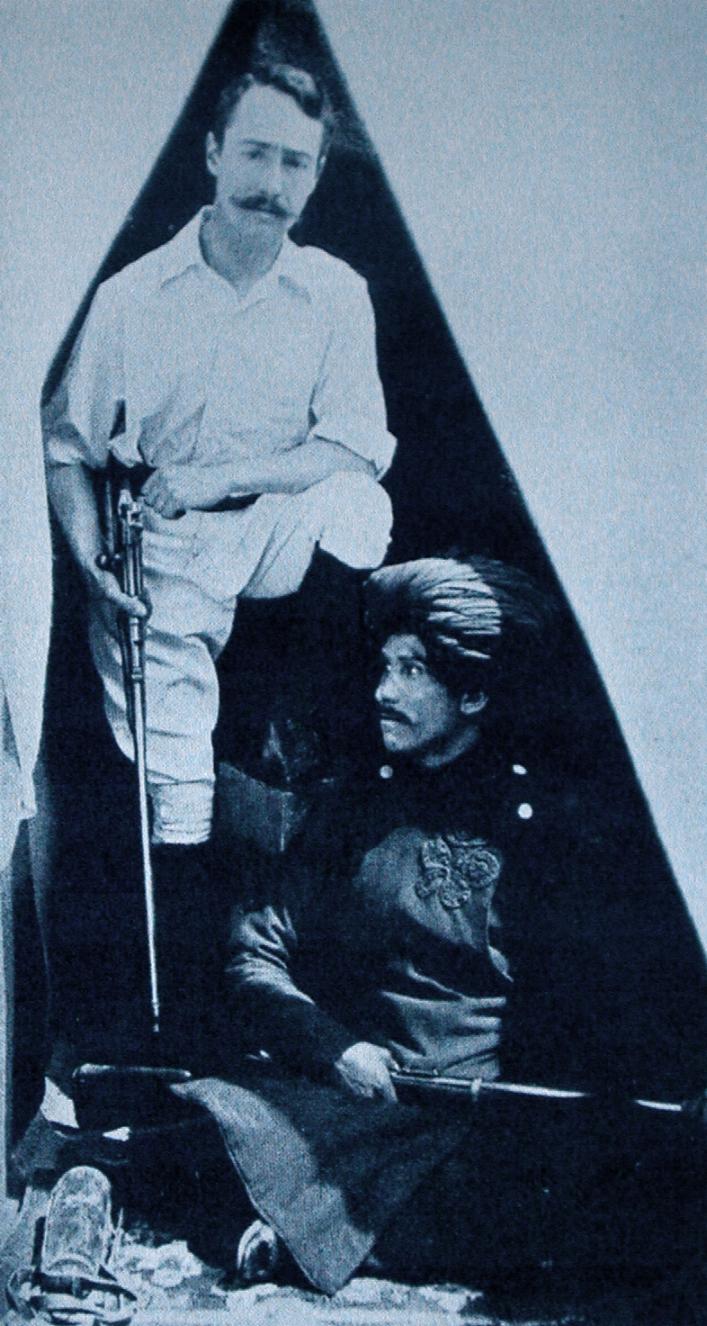 In 1901 he journeyed to India from Russia, travelling on horseback through Persia, and the same year published his account of that journey in the book Across Coveted Lands (1902). He then went to the Philippines where he met the future General Pershing and, returning across America, he succeeded in convincing Theodore Roosevelt that he would be the man which America would need for its Army. Another book The Gems of the East, tells us of this adventurous journey of discovery (1904).

Then it was Africa's turn. Landor dedicated himself to exploring that continent which was then almost unknown. In Abyssinia he painted the portrait of the Emperor Menelik. In 1906 he published Across Wildest Africa. In 1911 and 1912 he went to the Mato Grosso in Central America. On his return to Europe, during his lectures, he told thrilling stories: of meeting boa serpents, weeks of almost dying of starvation, voyages in canoes in rapids leading to the Amazon River, and many other terrible wanderings. In 1913, Landor published Across the Unknown South America.

He participated in the 1915-18 War on the Italian Front and presented a new invention, the armoured tank. His lectures were requested not only as entertainment for wordly society, but also by scholars. 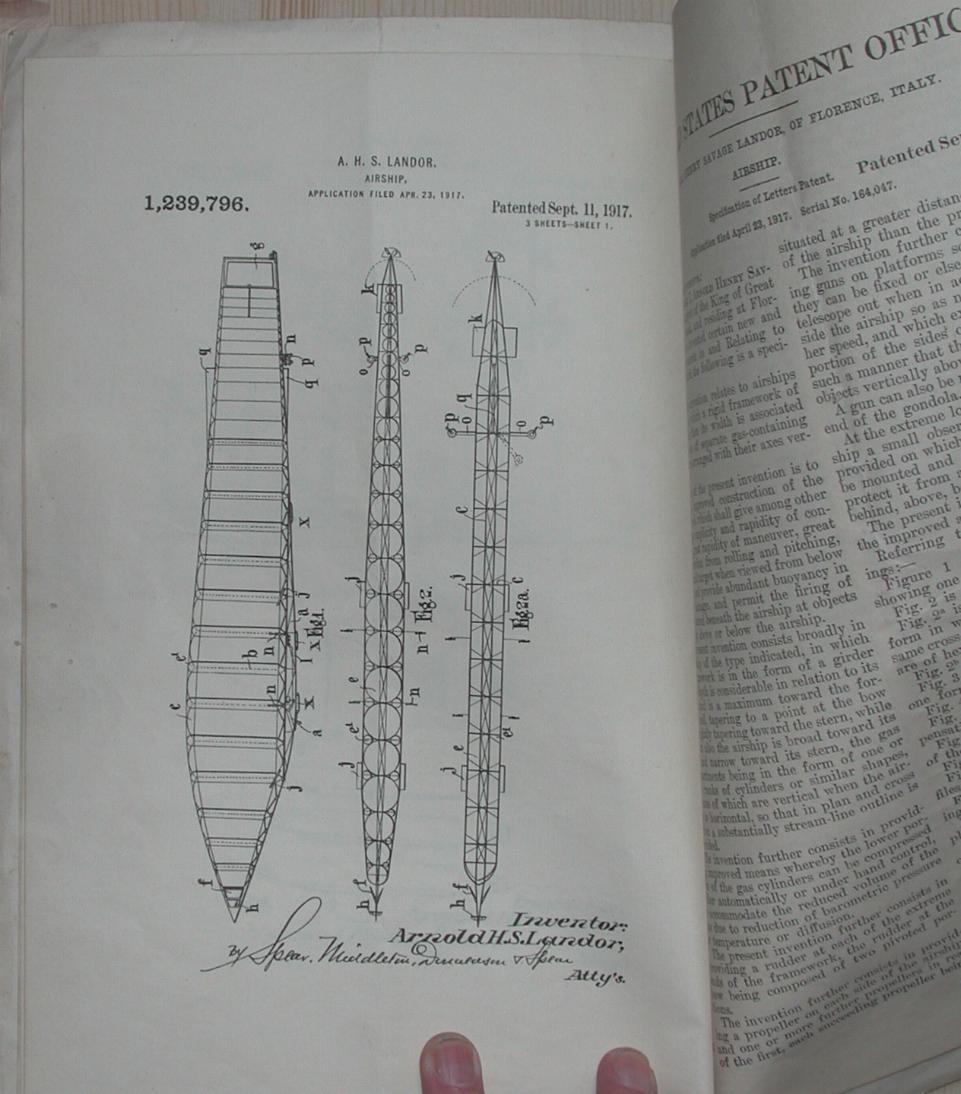 In 1912 Landor spoke at the Sorbonne, introduced by Paul Deschanel. Later he was a guest of D'Annunzio. The poet, wearing yellow gloves, gave him, as soon as he entered, an inscribed copy of his last novel Pi� che l'amore, stating that it was inspired by Landor's book on Tibet (In the Forbidden Land). D'Annunzio suggested they collaborate on his next novel. Landor did not accept the offer. The poet, a few days later, said he was asked to write an article for the Corriere della Sera. Landor, tricked by this, showed him his notes, and entertained him with a number of anecdotes. After some years, Landor discovered in a fascicle of Critica, the journal edited by Benedetto Croce, some extracts of Annunzio's latest novel Forse che s�, forse che no, plagiarized from Landor's travels in the Philippines, in Asia and in Africa, which the novel's hero, a aviator explorer, recounted in the first person.

After so many misfortunes Henry Savage Landor's health broke down, and his travelling became less frequent. He was meanwhile lionized, becoming a friend of the Kings of Italy and Belgium and of Pope Pius X. With the outbreak of the Great War he dedicated himself to inventions and designed tanks and airships. He was a friend of General Cadorna. He knew many other people of his day: Prince Alexander of Serbia, Venizelos, King of Greece, Essad Pasha. In the theatre he knew Maud Adams and Sarah Bernhardt and painted a portrait of Sada Yacco, the famous Japanese actress. The rhythm of his life was not yet halted, but it began to slow down. 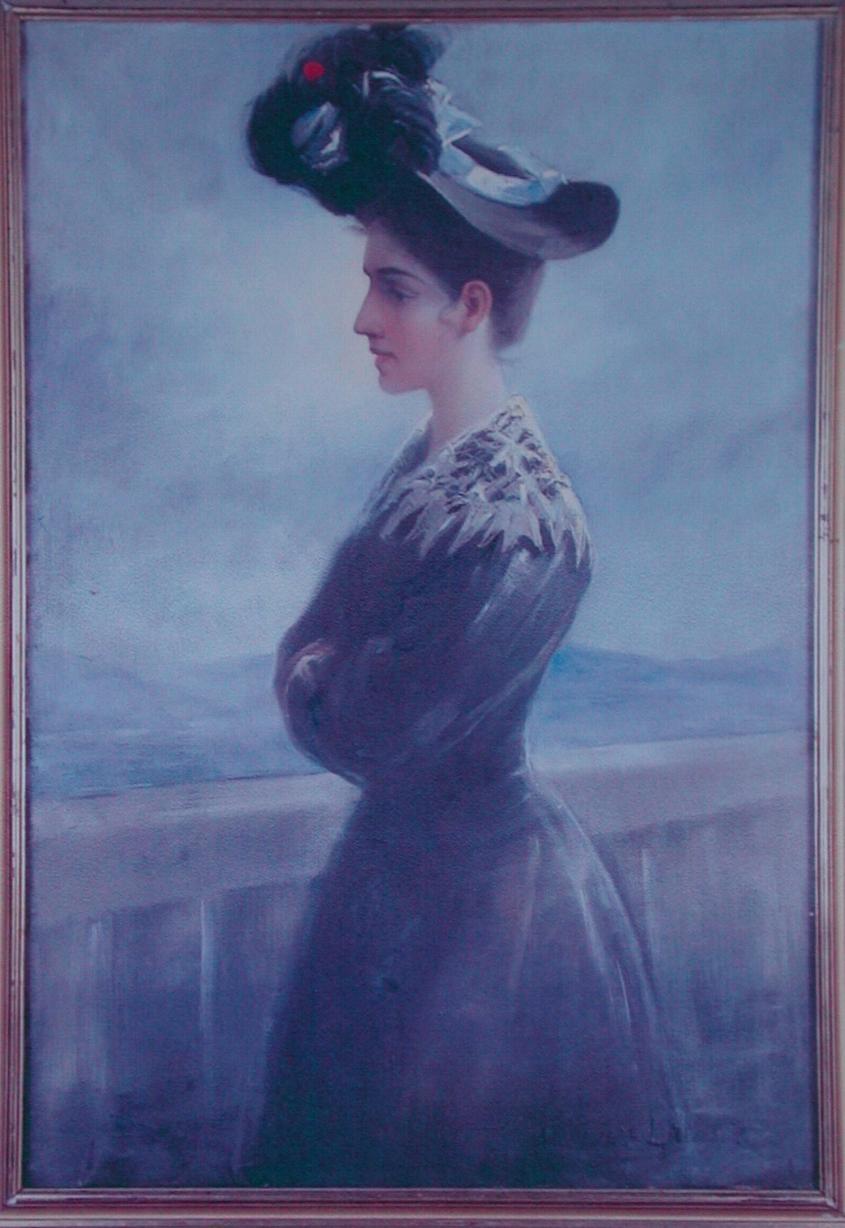 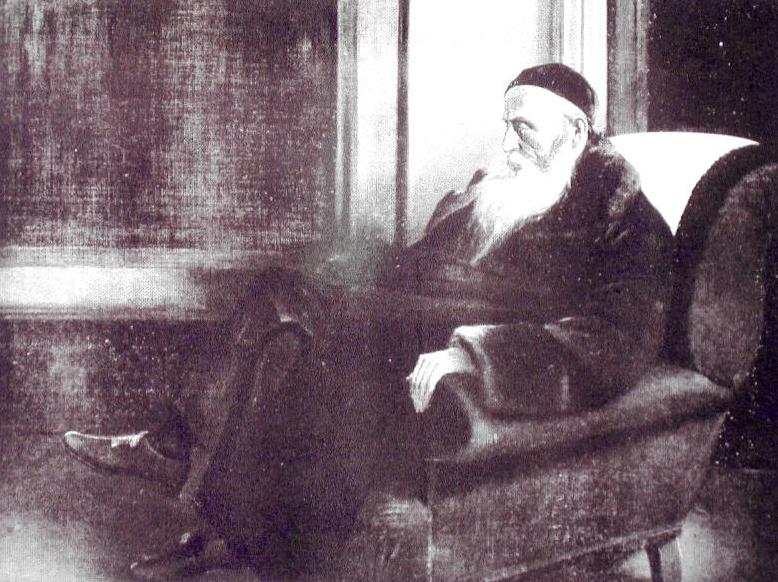 The deaths of his parents was a great blow for him, so much that he retired to his home in Florence, where he died in 1924. His remains rest in the family chapel in the Cemetery of the Porte Sante at San Miniato in Florence.

Henry Savage Landor led, then, an intense and adventurous life, but what is remembered of him? The books have become rare and no longer read, being ethnographic, cartographic, photographic writings. There remain above all his vivacious paintings, documents of extreme human and artistic interest, scenes inspired by the daily life of distant peoples, ever expressed with a purity of tender and vivid colours and with an acute spirit of observation and great immediacy. The East with its dreaming picturesque atmosphere combined with a picturesque skill, redolent of Corot, Bonington, Constable, Turner and most of all of the Tuscan 'Macchiaioli' school of painters. 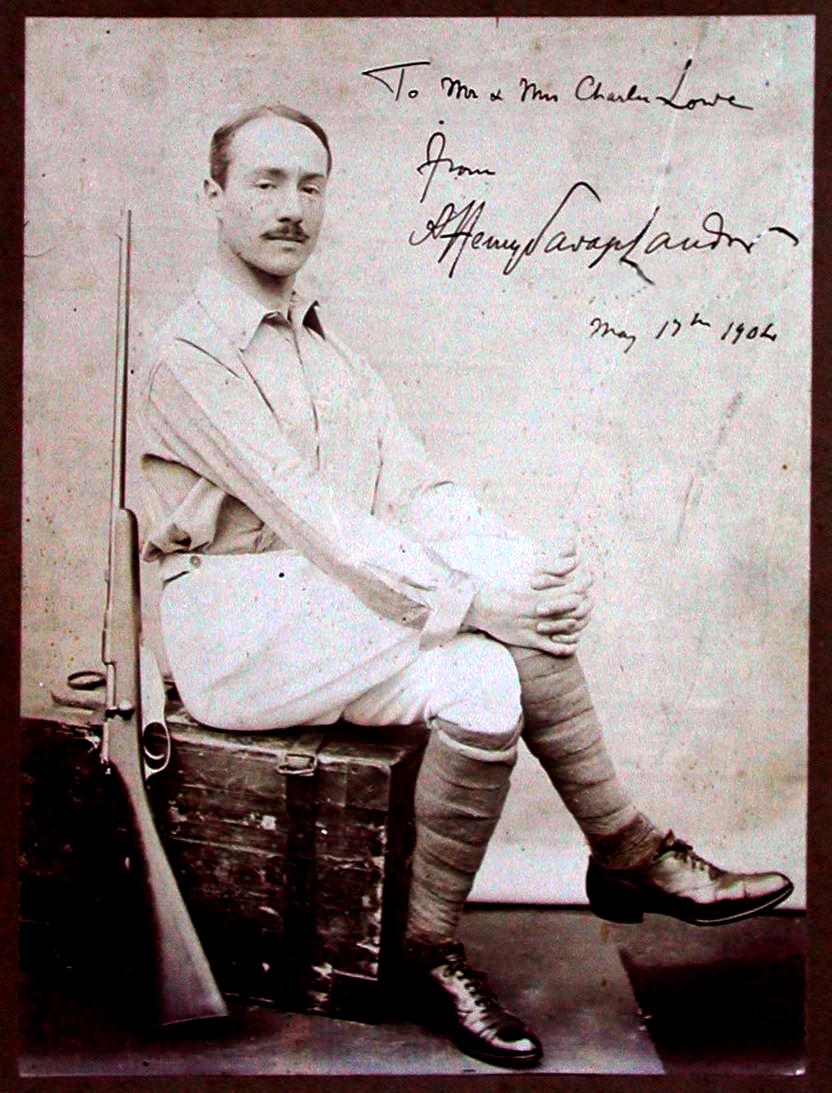 His autobiography Everywhere: The Memoirs of an Explorer (1924), written in a pleasing and passionate way, is an extraordinary document of a life lived intensely, a witness to the history and customs of far away people of the last two decades of the nineteenth century and the first twenty years of the twentieth one. An edition of Everywhere: The Memoirs of an Explorer is about to be published in Italian, in a new format with many photographs and other research materials from all over the world.